Cloud Engineering: Developers and Infrastructure Teams Together, At Last 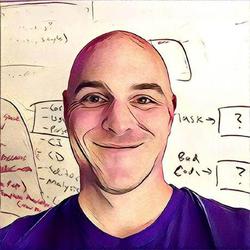 Over the past 5 years, cloud infrastructure has gone from a tax, cost-center, and afterthought - to being central to how modern businesses are reinventing themselves and innovating through cloud software. Infrastructure is no longer “boring.” As a practitioner trying to succeed in this brave new world, though, what does this mean? It means tighter schedules, more complexity in the software we’re building and operating, and a breakdown in the old way of doing things. Kubernetes, Cloud Native, Serverless, Service Mesh… the new lingo to learn is endless!

“Cloud Engineering” is the practice of developers and infrastructure teams collaborating closely to build truly cloud native architectures. This means, on one hand, developers embracing the cloud in all aspects of the design, implementation, and maintenance of their applications; and, on the other hand, infrastructure teams applying more engineering practices with infrastructure as code, policy as code, testing, and CI/CD for infrastructure deployments. In doing so, teams can tame the complexity of the cloud, and collaborate in new and powerful ways. “DevOps” laid the necessary but insufficient groundwork for this next major sea change. In this talk, we will explore the best practices such teams are using, so that you too can ship faster with confidence!

Want to sponsor? Contact us to find out more.

You need to register to perform this action. Simply enter your email into the box below.

We use cookies This website (and some of its third-party tools) use cookies. These are important as they allow us to deliver an exceptional experience whilst browsing the site.